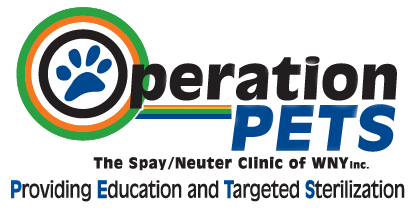 TNVR is widely regarded as the most successful and humane method to reduce the feral cat overpopulation. 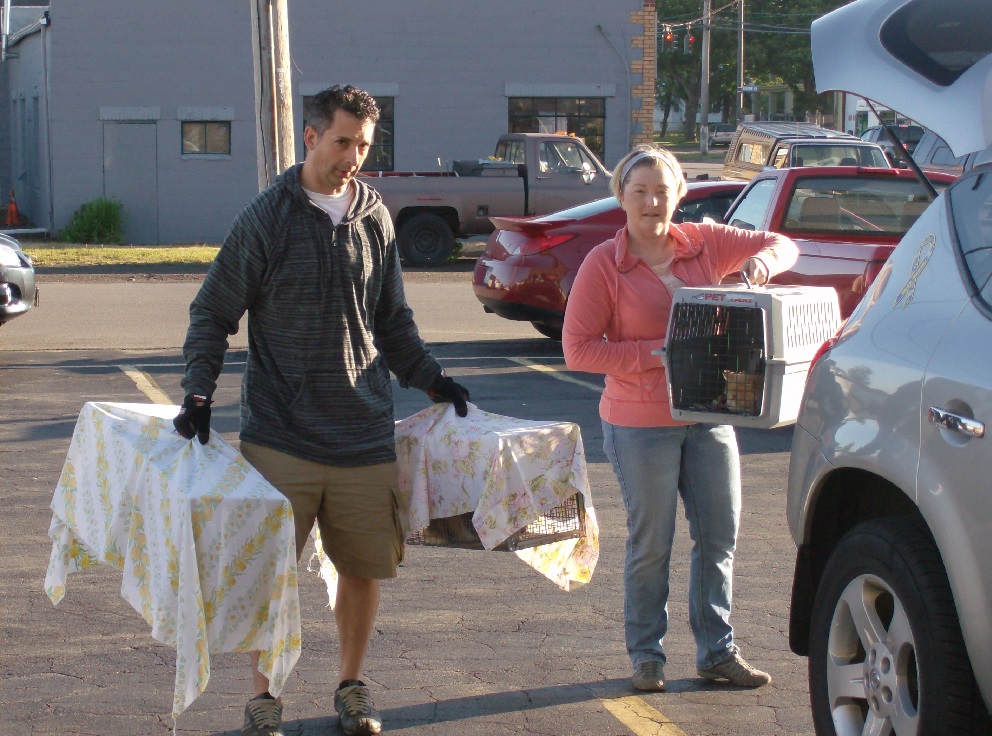 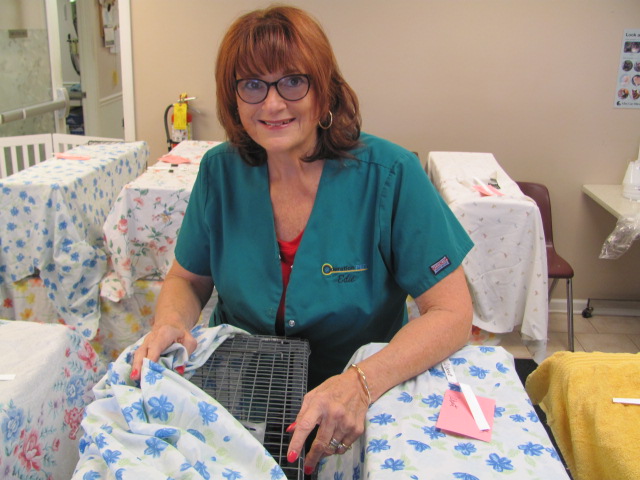 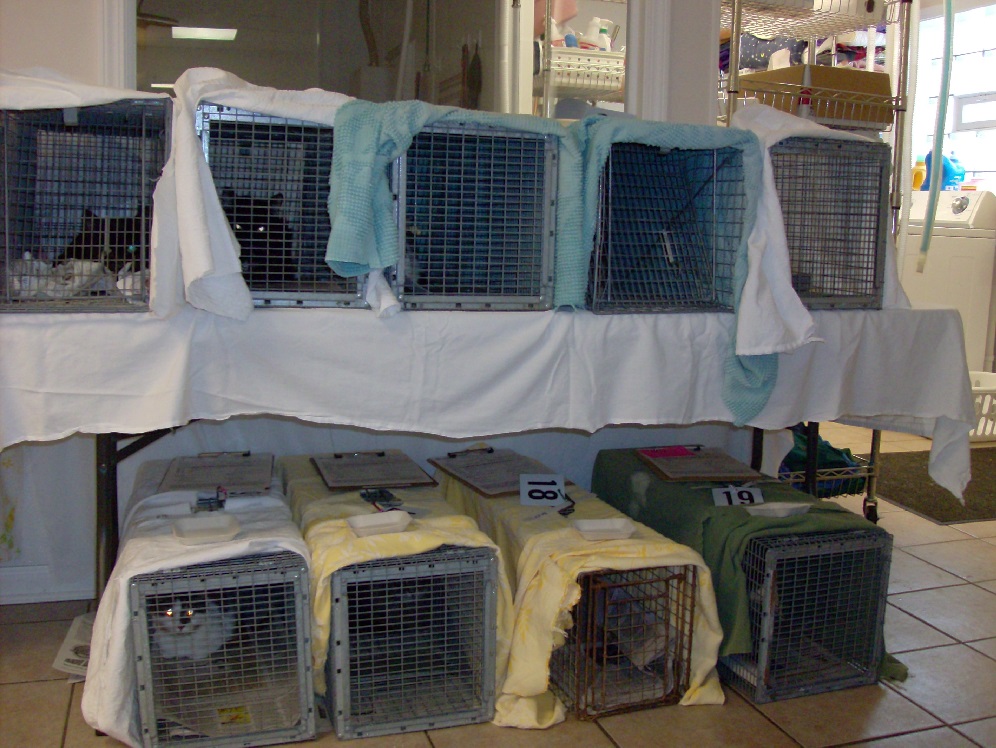 Feral cats can live healthy, natural lives on their own, content in their outdoor home with a one-time intervention from humans through Trap-Neuter-Vaccinate-Return. TNVR is widely recognized as the humane and non-lethal approach to feral cat population control. TNVR is a comprehensive management plan where healthy feral (wild) cats are sterilized, vaccinated and returned to their habitat and provided with long-term care by their caregivers. Through TNVR, feral cats can live out their lives without adding to the homeless cat population.

In the interest of giving feral cats the very best medical attention possible, we have developed special protocol for feral cats at our clinic. Please review our feral cat protocol and policies before calling for an appointment.

1. It is important to have a plan before you start to trap the community cat. Trapping should coincide with our clinic’s ability to spay/neuter the cat so they don’t remain in their traps to long. Never leave the traps unattended, is possible for a cat to die from hypothermia or heat stroke when confined in a trap outside.

2. The feral cat must have a long-term educated caregiver that provides food, fresh water, and shelter.

3. All feral, barn or free-roaming cats must come to Operation PETS in a secure, humane trap. NO EXCEPTIONS. This is for the well-being of the cats and the safety of our staff.

4. Cover the entire trap with a large towel or sheet. Covering the trap will help to keep the cat calm. The trap must be covered when you arrive at Operation PETS.

5. Feral cats must be trapped and confined with no food before midnight the night before surgery. Any cat that remained outside all night without being confined will not be admitted for surgery.

6. Any cat that arrives in a live-release trap will not receive a physical exam to determine fitness for anesthesia prior to receiving anesthesia.

7. All feral cats will have their left ear painlessly tipped while anesthetized for surgery. Ear tipping is a well-known identification used by animal control agencies and veterinarians to identify that a feral cat has been sterilized and vaccinated and is being cared for by a caregiver.

8. Please contact Feral Cat FOCUS at 1-888-902-9717 (toll free) or visit their website for information regarding the proper long term management of feral colonies, borrowing traps, trapping tips, etc. If you are inexperienced with ferals you are encouraged to make your appointment with Feral Cat FOCUS for one of their low cost spay/neuter clinics.

ALLOW THE CAT TO RECOVER OVERNIGHT IN THE SAME TRAP

While the cats are recovering from anesthesia they are unable to regulate their body temperature. It’s important that the recovery location is temperature-controlled to keep the cats from getting too hot or too cold. A basement or bathroom will usually do the trick.

Let the cat recover overnight in the same trap. Keep the traps covered to reduce the cat’s stress. Place newspapers or towel under the trap to absorb urine and feces.

Keep the cat indoors in his covered trap and make sure he is dry and away from loud noises or dangers such as toxic fumes, other animals, or people.

Never open the trap doors or allow the cat out of the trap. Do not stick your fingers through the bars or attempt to handle the cat.

Monitor well to ensure that cat is breathing normally and is not bleeding from the surgical site or ear tip site.

All skin sutures are absorbable and do not need to be removed.

Check the cat often for progress; keep an eye out for bleeding, infection, illness, and lack of appetite. If a cat is vomiting, bleeding, having difficulty breathing, or not waking up, get veterinary assistance immediately.

If a cat is vomiting while still unconscious, his head should be turned to avoid choking. Sometimes this can be achieved by gently tipping the trap to no more than a 30 degree angle to change the cat’s position. Be careful when tipping the trap so that you don’t harm the cat by jostling him too much.

FEED AND PROVIDE CATS WITH WATER AFTER THEY REGAIN CONSCIOUSNESS

Wait 8 hours after surgery before feeding adult cats. Kittens can be fed shortly after waking from anesthesia. When the cat is awake, mix canned food with water, roll into ball, and drop into trap.

HOLD CATS UNTIL THEY RECOVER

Cats usually need to be held for 24 hours after surgery, depending on recovery speed. Cats can be returned to the trapping site 12-24 hours following surgery as long as they are fully awake and do not require further medical attention.

In some cases, females may need 48 hours of recovery, depending on their specific circumstances. You may return nursing mothers as soon as possible, once they completely regain consciousness so they can get back to their kittens.

Make sure all cats are fully conscious, clear-eyed, and alert before release.

If the cat is not recovering well from surgery for any reason (longer than 48 hours) and needs further care please seek medical care.

Cat needs to be fully awake and alert before it is released. Be sure that the cat does not require any further medical care before releasing it from trap.

Only release cat from trap at dawn or dusk.

Release the cat in the same place you trapped him or her.

Fresh food, water, and shelter need to be made available to the released cat.

After release, frequent visits should be made to the site to ensure that cat has fully recovered and there are no complications.

It is not uncommon for a cat to “disappear” for a few days after she is returned. She will appear eventually. Resume the feeding schedule and continue to provide food and water—she may eat when you are not around.

It is an endless, cruel cycle and is extremely costly to taxpayers.

No more kittens. Their numbers gradually go down and their lives are improved.

Feral Cat FOCUS is a non-profit organization dedicated to helping improve the lives of feral cats. Feral Cat FOCUS sponsors low-cost Trap-Neuter-Vaccinate-Return clinics for feral cats. The clinics are held March-November at the Operation PETS clinic in Lackawanna, NY. (NOTE: You must call Feral Cat FOCUS directly to make an appointment at one of their clinics).

If you are not experienced in working with feral cats and do not have a trap, please contact Feral Cat FOCUS at 1-888-902-9717 (toll free) or visit www.feralcatfocus.org for information regarding the proper long term management of feral colonies, low-cost TNVR clinics, borrowing traps, trapping tips, etc. 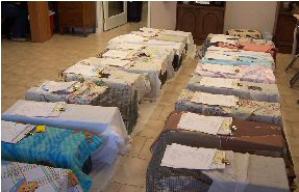 For more information on Feral Cat FOCUS services and fees or to schedule an appointment for a Feral Cat FOCUS clinic call 1-888-902-9717 (toll free) or visit www.feralcatfocus.org.